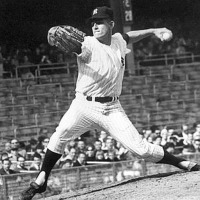 Leave a Reply to Podcast with a Pro On Pitching : Mets Today Cancel reply