Home » Podcasts » What Do Baseball Scouts Look For?
1

What Do Baseball Scouts Look For? 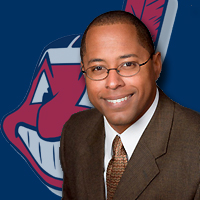 Cleveland Indians scout Tyrone Brooks talks about what he looks for in an amateur baseball player and how you can attract and impress a pro scout.

In our conversation, Tyrone explains how a scout evaluates a ballplayer, what he looks for beyond a player’s baseball skills, how an amateur player can approach a scout, the different types of scouts you may encounter (they’re not all the same!), and many other aspects of the player-scout relationship. In addition, Tyrone also tells the secret of why Ryan Howard fell below the radar as a college junior and slipped to the fifth round of the June 2001 draft.

Back Fritz Peterson On Pitching
Next Hitting: How To Lose Power in Your Swing